Heat during the peak summers becomes oppressive. Despite holding out to the heat valiantly, you find yourself reaching for the AC remote. And if your AC is old it’s pretty likely that AC fails to cool as desired. You ponder buying a new AC. If you have friends who have worked in the middle east and ask them for an AC suggestion, they are likely to suggest you for O’General. So, is going for an O’General AC a good choice? Will it really satisfy your cooling requirements? What new features do they come with? We will answer all these questions in this article.

O General also called Fujitsu General is a Japanese air conditioning brand manufacturing air conditioner with headquarters in Chennai but manufacturing unit in Thailand. O General provides a complete catalogue of ACs ranging from windows to split, from cassette to ductable satisfying residential and industrial cooling needs alike. Let us now look into the main features and technologies they come with.

Whenever you hear a word AC, what comes to the mind is an appliance which blows chilled air bringing down the temperature of the enclosed space to comfortably cool levels. But the pioneers of air conditioning systems invented it with an idea of “conditioning” or setting it to a desired/specific temperature. So theoretically ACs should condition the temperature in the winter too as per the user’s need i.e., it should heat the room during the frosty winters. Well, modern premium split inverter ACs from O’General are capable of implementing that theory (of heating during winters) too. They come with a built-in heater functionality which reverses the air conditioning cycle. This results in the circulation of hot air inside the room. O General ACs can cool the room even in the frigid temperature of -15oC.

The best part is that it does not use a heating element like conventional heaters. This means they are not much more energy efficient than the dedicated heaters but also eliminates the risk of low oxygen—a typical problem with the ordinary heaters. 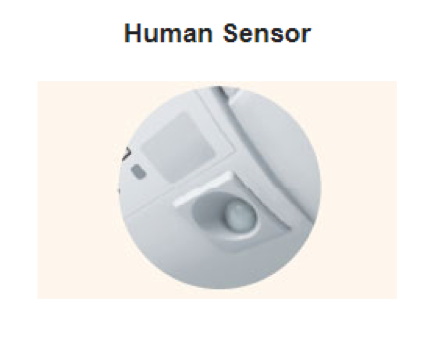 As mentioned earlier O’General offers each and every type of air conditioner. You will find both inverter and non-inverter split air conditioners by O General. Inverter is arguably one of the most important technology from an energy saving perspective. That’s because air conditioners are generally the biggest power eating home appliance.


O General AC models from ASGG series comes with V-PAM inverter compressor that adjusts the frequency as per the ambient atmospheric conditions for comfortable cooling and efficiently managing power consumption. V-PAM stands for vector-controlled pulse amplitude modulation which is a technique to minimize electrical losses. Losses are minimized by improving current waveform into a sinusoidal waveform. V-PAM inverter technology reduces the effect of magnetic flux (flux results in power losses) and enhances the speed of inverter compressor which translates into faster room cooling.

The compressor used in new inverter split AC models by O General comes with 2-cylinder rotary compressor which can work even in temperature as high as 52oC.

For rapid cooling technically faster heat exchange is required. This is exactly done in modern inverter ACs by O General as they come with high-density lambda type heat exchanger with multi-path efficiency. They are designed with high performance grooved piping which expedites the heat exchange process.

Modern O General air conditioners come with negative air ion deodorizing filter to deodorize air prior to circulation. This process removes offensive odour which is generally in the negative air ions. Additionally, it also helps in removing minute dust and dirt in the air. This way besides providing comfortable cooling, it also circulates the clean air.

The good thing about this filter is that they are easily removable and also washable. So, you can manually clean the filters, time to time to enhance the longevity of the appliance.

Power cuts aren’t uncommon in India, especially in small town and villages. With power coming and going not only endangers longevity of electrical appliances but also resets their running settings i.e., supposed you were running your AC on fan-only mode (compressor turned off) but after a power cut, AC’s settings are set back to default and compressor may start working again. Even temperature settings would be altered. But thankfully modern O General ACs come with Auto Restart function that keeps a log of running settings before the power cut and after the power cut, it will restore the previous settings back. So now you can sleep peacefully all night without worrying about AC settings getting changed after a power cut.

Starting with good things first, major strength of O General brand is in its versatility. It offers every type of air conditioner—be it that conventional but anachronistic, windows AC, or the efficient inverter split ACs, you will get what you want with O General. Even businesses needing centralized ACs have all the choice in the form of ductable, cassette or VRF type cooling setup. O General is one of the most used brands in the middle east. And remember the heat in the middle east is pretty harsh and dry. So, it is safe to conclude that O General ACs do well in very high temperatures. The cooling speed is also one of the strong points of O General ACs as they can cool the room within the span of a few minutes. O General ACs are robustly build thanks to the usage of sturdy fins, ABS plastic, fire retardant components, special polyurethane coating on metal parts and hydrophilic coating on heat exchangers.

Though O General is one of the oldest AC brands but for business operation in India, they work in collaboration of ETA-Ascon—a Dubai-based company. All their products are imported in India and their build quality is pretty solid. But as they are imported, they are pretty expensive as well. Their service network is not that strong as their market share is less in India. Customers often complain about after sales support. Even installation charges by official technicians is on a higher side. So, owning and maintaining O General AC can be a costly affair. Another thing is that O General ACs are no more sold on popular e-commerce site. Which means either you go to the O General’s official site to buy their AC or visit the nearby store which have O General models

O General air conditioner has surely got the good qualities with a robust build that makes one of the go-to brands for home cooling. But then this comes at a premium, not just in the buying cost but also in the installation and maintenance. But if you have a deep pocket you can definitely go for this brand as this AC will not disappoint you during the peak summers.