What is single and three phase supply and what happens when neutral of your supply disconnects?

You had either observed or heard from others about the high or low voltage supply problem at one’s house. The doubt, most of the time, goes to the poor quality of supply voltage or voltage surge. But there is another reason also and, i.e. ‘Neutral Disconnect’. In this post, we will examine how neutral disconnect and its location affects your power supply performance.

The power supply to your house is either single-phase, i.e. 2-wire with phase and neutral or 4-wire with 3 phase and neutral. Read more on single and three-phase supply. A power supply is distributed in parallel to the various house either single-phase or three-phase supply system depending on the sanctioned load. The transformer at the substation is delta-star connected wherein the input is 3-wire 3 phase, and the output of the transformer is 4-wire 3 phase.  Depending on the load, the power company sanctions either single or three-phase supply to your house. When it is a single-phase, alternately the power is distributed from the R, Y and B phase so that the load on the system is balanced.

What is a neutral Terminal?

What is Neutral Disconnection?

Neutral disconnection is similar to phase disconnection. If the phase supply is disconnected, you don’t get power in your house in that phase and no damage done. Now imagine neutral disconnects at the scenario given below and how the voltage behaves at the terminal of various phases.

The transformer is feeding load in all the three-phase, and distribution is such that load is balanced within plus/minus 5-15%. Due to the disconnection of neutral at the transformer, its potential will be floating depending on the load unbalance. Now if the load unbalance is significant say plus-minus 15%, the phase having a low load, the voltage will go high and the electronic equipment provided in that phase may burn and reduce the load further any may start a domino effect. In the meantime, phase having high load will experience low voltage but will not cause any 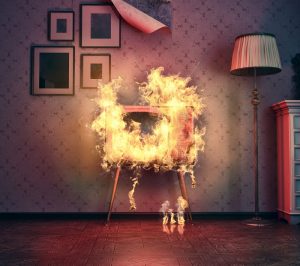 damage to electronics/light/fan. But it may damage the motor-operated equipment, and it catches smoke or flames, will reduce the load in that phase or isolated due to protection of stabiliser action. In any case, the load is reduced, and voltage going high. The neutral may now shift to stability, and the sequence of damages to the equipment may stop.

It is how it explains the complaints about damaging of equipment in the society and every apartment/house experience this problem.

The load unbalance will be significant, and the voltage unbalance will also be high. There is a likelihood of substantial damage to the electronic equipment in lines with the phenomenon explained above.

At the house with single-phase connection

Since the neutral is disconnected, there will not be any power supply in the house. You will search for the MCB or RCCB, but no tripping and then what? The natural disconnect will result in phase voltage appearing at the neutral terminal. It can be detected by checking with the tester only. Make sure this testing is done with the help of an electrician.

Neutral disconnect but touches the ground

Ah! It is the safest mode of disconnect when neutral disconnect and touched the ground. Now the return current flows back to source through the earth. The potential of neutral does not shift much and no damage to any equipment.

How often it happens?

With overhead LT distribution network, this can be a common phenomenon during storms and particularly in villages with improper maintenance of neutral conductor. This is one of the reasons that the villagers will use earth as the return conductor instead neutral because there is no reliability of the overhead wires. In early days, overhead LT distribution was widespread in cities, but at that time electronic or motor-driven appliances were also not very common in the houses and not much of a complaint. With LT distribution by a cable network, there is very unlikelihood of such incidences except when there is maintenance lapse.

What is the solution?

As of now, there is no standard product marketed by any of the switchgear company. MCB will not work since the current will not go very high and RCCB will also not function since there is no leakage of current. One can think of homemade arrangement providing a three-pole 63A power contactor after incoming MCBs with the coil connected to phase and another to the neutral busbar at the distribution box. When neutral is disconnected, the coil will not get the supply and trip the contactor. A hand-drawn circuit is given below. A 63A TPN incoming is shown but one shall have a solid neutral connection. 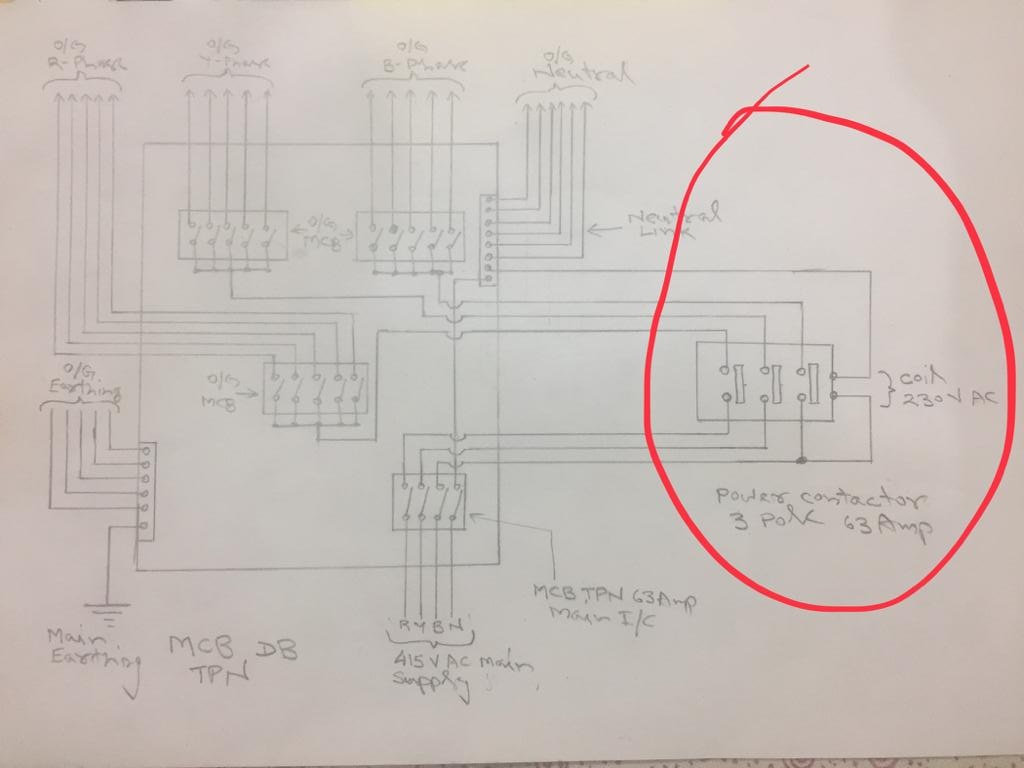