Why Bijli Bachao – Save Electricity India? 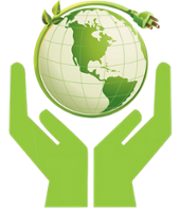 Saving is a concept that was first introduced to us by our parents. We would get regular and limited pocket money and were told to manage with resources. We were encouraged to save so that we could buy a higher value product of choice when we wanted with our savings. Parents themselves saved to take care of the increasing demands of growing family and for the rainy day.

In the majority of the cases, this concept of saving was restricted to money. Rarely was this talked about for various other resources like water and electricity mostly because the consumption of these was less or the price tag for them was not high. But with increasing development, increasing lifestyle changes, growing population and depleting resources, the consumption has increased significantly and resources have decreased proportionally. In some cases (as in petrol), the prices have increased significantly and are still increasing. In case of electricity, some places have seen increase in tariffs, but most of the houses in the country are still protected by subsidies. But the status cannot be maintained for long as the power companies are under huge losses because of increasing coal prices (most of the electricity is still generated on coal). The alternative sources of electricity generation have still not reached a state where they can replace coal. As per World Coal Association, with current rate of production, coal will last for only 118 more years. Increasing population will bring that down further and thus price of coal is set to increase many folds. This has already started impacting power companies in India and price of power is set to rise steeply in near future. The best way to safeguard ourselves from challenges in future is to save electricity. By saving 1 unit of electricity we save 1.5 units as 0.5 units per unit are lost in transmission and distribution.

Another major reason for saving electricity is that burning of coal produces emissions that are linked to climate change. Weird climate patterns that we have seen lately are attributed to CO2 emissions which are generated mostly by burning coal to produce electricity. Most of the development that has happened in this world has come at the cost of climate change. It is much more prudent that we make sure that the future development is not as expensive and is sustainable.

Energy, lack of it or struggle for it has been reason for most wars in the world. Sufficient supply of energy is the biggest need for developing a country or economy. We are in such a phase in this world where energy crisis is looming large on us. For India to achieve sustainable growth, we need to make sure that we do not suffer from energy crisis. So it is very important that we start using energy or electricity efficiently so that we save it without loosing comforts in our lives. Even a small effort from all of us collectively will help our country develop in a sustainable manner.

Knowing this, we now understand that saving of resources is equally important and in fact same as saving money. As our parents did, we should also save and pass the habit of saving to our next generation for a better present and future. To learn more about how to save electricity …. keep reading Bijli Bachao! 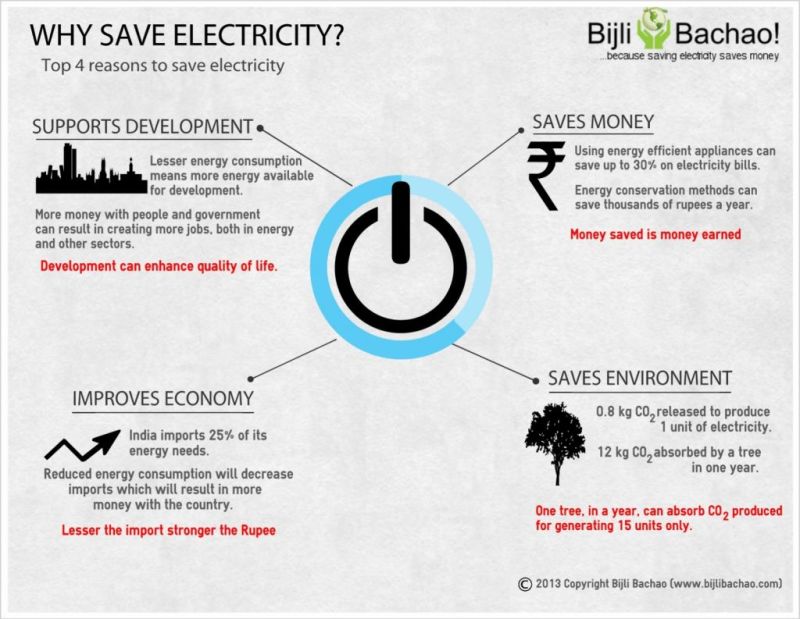