Types of Inverter Compressors in Different Brands of Refrigerators in India 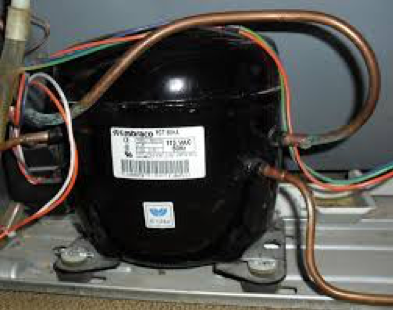 Addition of inverter to compressors has added ‘brain’ to this ‘heart’. In fact, inverter technology has revolutionized two big home appliances: ACs and refrigerators. Inverters has significantly reduced energy consumption and have led to quieter appliances.

But when you go into the market these inverters are marketed differently. So are these distinctions legitimate or just a slight variation is marketed as “revolutionary” feature. We will inspect different inverter technologies so that you know what they really are and if they are really different from those offered by competitors. But before that, we need to understand the role of compressors a.k.a heart of refrigerators.

Role of Compressors in Refrigeration

So basically, the compressor is like a pump designed for vapor instead of water which compresses warm refrigerant gas into a hot liquid, and then pushes it to the coils to release heat to the environment.

So basically, the standard compressor is a single-speed compressor that is either “on” or “off”. When “on”, it operates with the maximum power. It has no functionality to operate its speed in accordance with the rise in the temperature. Also, as there is constant “on” and “off”, it increases the wear and tear of the appliance and creates noise while switching state, which is quite discernible if you are close to the refrigerator.

Remember I said most refrigerator comes with a heart that isn’t smart at the beginning? And it’s the addition of an inverter to the compressor which endows smartness to otherwise appliance like a refrigerator! Now, from a hardware and design standpoint, this is achieved by using brushless direct current (BLDC) motors. Advantage of having BLDC motor is that it allows the compressor to run with different level of intensity (speed) based on the temperature and other environmental condition. Inverter compressors are variable-speed compressors using BLDC motors for using variable speed in operation.

When a variable-speed compressor (inverter compressor) is being controlled by a microprocessor using algorithms (software) then it is often marketed as digital inverter. 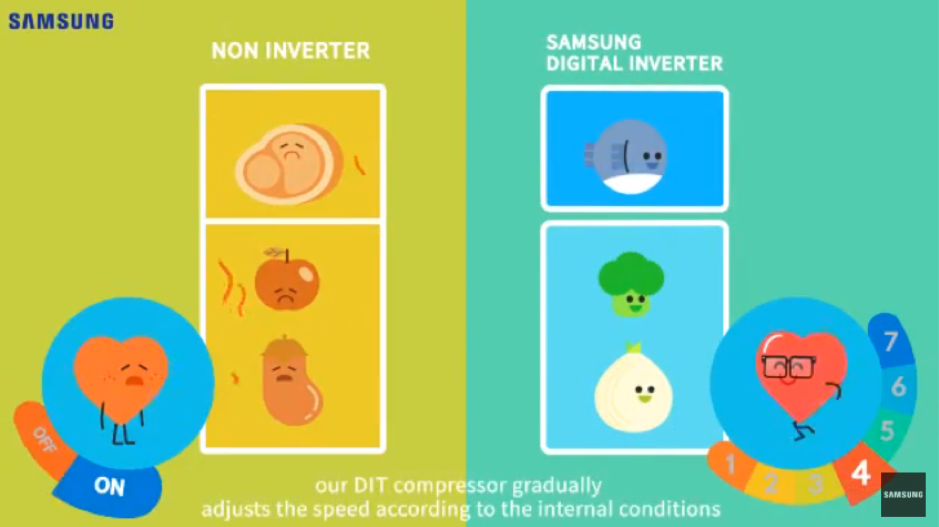 Godrej markets its digital inverter as nutrifresh inverter. Besides being controlled by microprocessor it has special sensors that provide personalized cooling based upon the type of food inside the refrigerator so that they can stay fresh for longer.

Most of the Whirlpool inverter refrigerator comes with intellisense inverter technology. These inverter models take the help of 3 sensors for optimum control. For instance, one sensor fetches information about internal temperature, other one estimates the amount of food load inside the refrigerator and the third one senses the user pattern for near-perfect speed control of the compressor.

Improving its intellisense inverter technology further, some premium Whirlpool refrigerators released 2019 onwards come with plasma inverter which besides smart sensor-based controls has an additional layer of plasma coating on its compressor rod which improves longevity. Plasma intellisense inverter is designed to last for 25 years as opposed to an ordinary digital inverter which lasts for about 20 years.

Inverter used in single door LG refrigerators is marketed as a smart inverter by LG. Smart inverter is just a rechristened form of the digital inverter where there is the use of microprocessor for optimum cooling control.

Besides improved energy saving, another major advantage of the linear inverter compressor is that they keep the food fresh for longer in a wide range of environmental condition.

So, to conclude it is definitely advised to for a refrigerator with inverter compressor instead of just ordinary compressor. Now the question arises which inverter compressor to choose. Well, the choice would depend on several factors with the budget being the most important one. If budget is not your constraint, then we will advise you to go for models coming with inverter linear compressor or plasma inverter. Because inverter linear compressor is fundamentally unique design while the rest of the inverter technology is just slight tinkered version of digital inverter technology. Plasma is also a type of digital inverter but due to plasma coating, the shelf life of compressor improves by a few years. Moreover, plasma inverters are capable to handle wider voltage fluctuations.